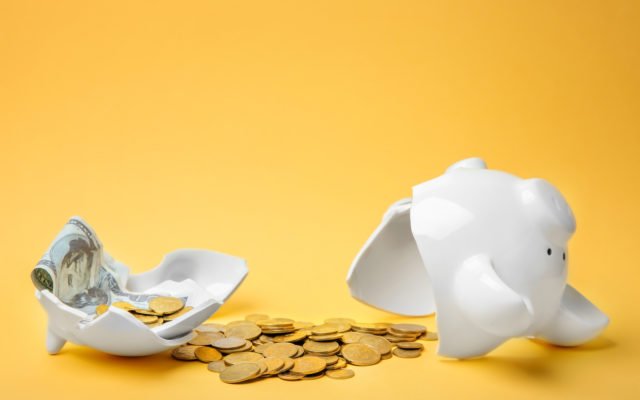 Let’s be honest, unless you’re short, yesterday was catastrophic. Bitcoin was just shy of breaking $7,500 and taking the rally up another leg then unexpectedly plunged 13% and now we’re below $7k, again…

Prior to the dump, Bitcoin price BTC/USD 00 was experiencing continued rejections as it approached $7,400 but who would have known the pullback would be this severe?

Ideally, after a 27%+ run, consistent rejections signal that bulls are running out of steam and a pullback to say $7,300 – $7,100 would be sensible as lower highs and rejections function as a profit taking signal for some.

On deeper reflection, there were some external signals that something was amuck. A wallet address rumored to be connected to the Silk Road mysteriously awoke after a nearly 4-and-a-half year long nap to quietly distribute 11,114 BTC to Bitfinex, 4,421 BTC to Binance and 210 BTC to BitMEX.

Reddit user Sick_Silk believes that this Silk Road connected wallet contains roughly $1 billion worth of Bitcoin, Bitcoin Cash and funds from a number of Bitcoin forks.

Add to this the occurrence of a $70 million short position being initiated last week and Tether’s recent repeat of a $100 million dollar USDT infusion to Bitfinex, and things certainly begin to look a bit funky.

So as Q-Tip would say, “What’s the scenario?” 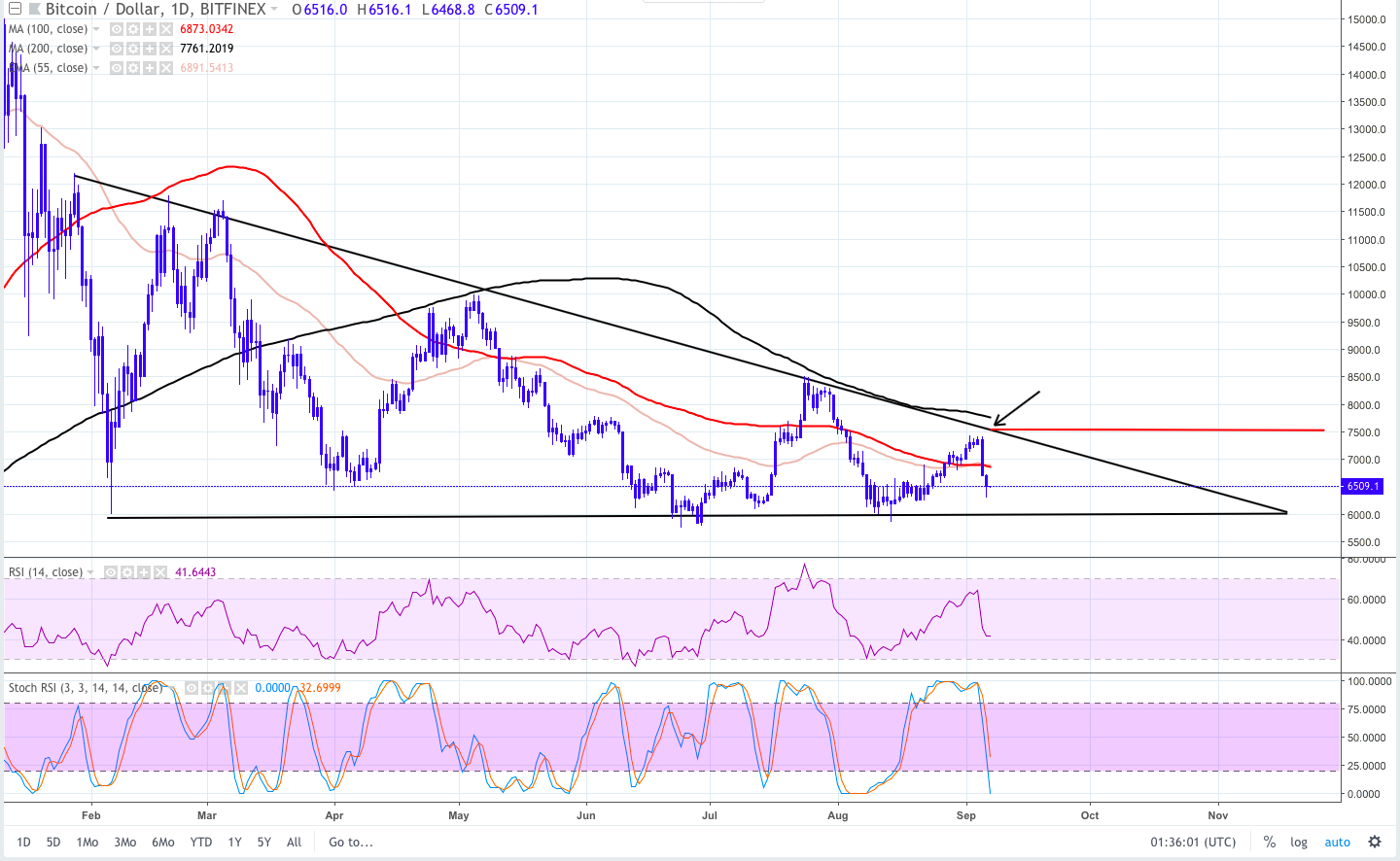 BTC was on the verge of escaping the long-term descending triangle at $7,500 and now trades below the 100-MA and 55-EMA. Fortunately, $6,300 – $6,200 have held and a dip below $6,000 seems less likely as the Stoch is already deeply oversold and a corrective rally to $6,650 could occur. Had BTC managed to climb above the descending trendline, a rally toward $8,300 might have occurred. 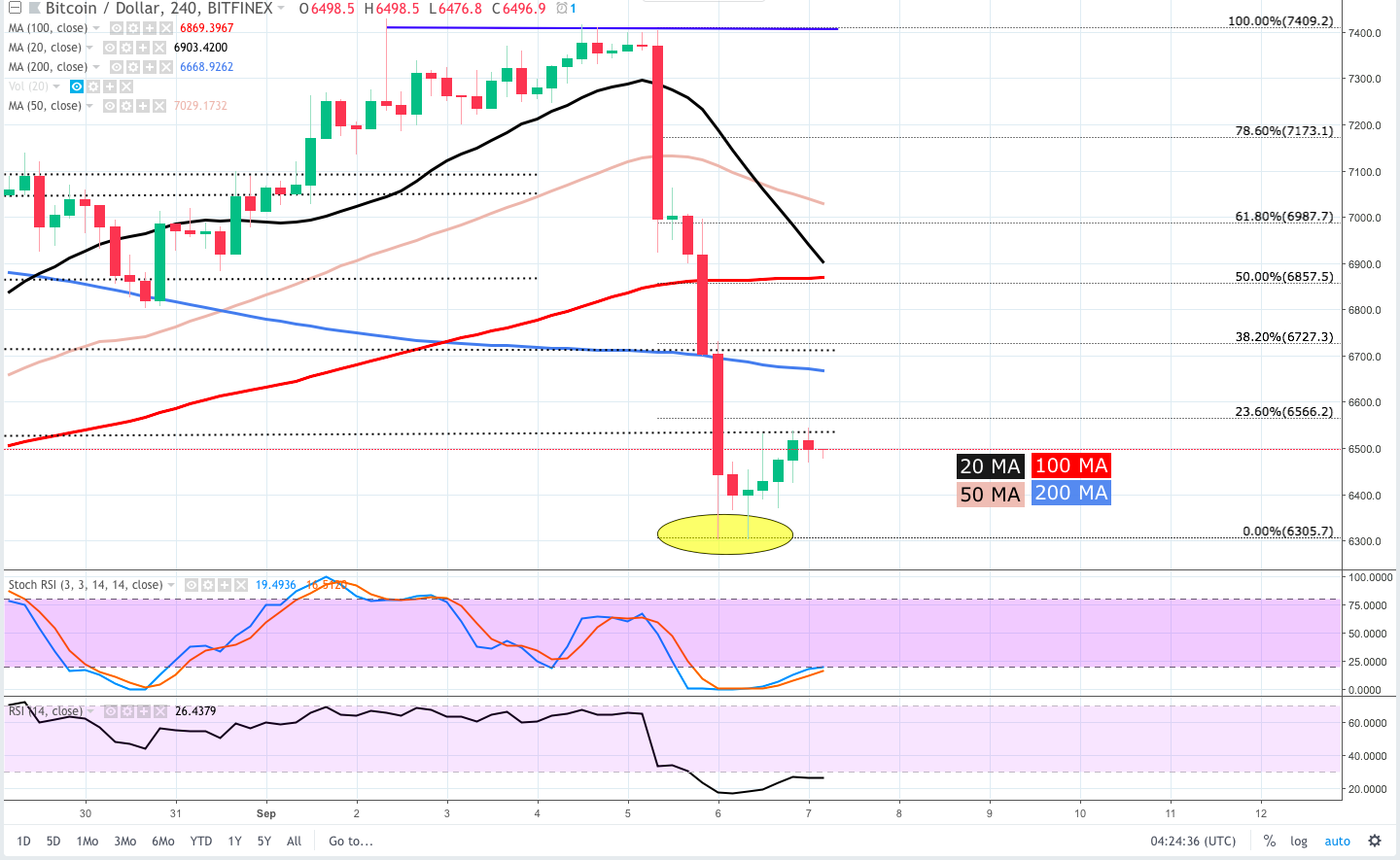 Basically, barring some fantastic news like Coinbase purportedly working with BlackRock to develop a Bitcoin ETF or an unexpected spike in bull volume that triggers a $1,000 short-squeeze, we can expect BTC to encounter resistance at the overhead moving averages and previous supports (dotted lines) will likely function as resistance.

It is also likely that BTC shorts have added to their positions as BTC rejects at $6,500. In other words, the road to recovery could be rather challenging for BTC. 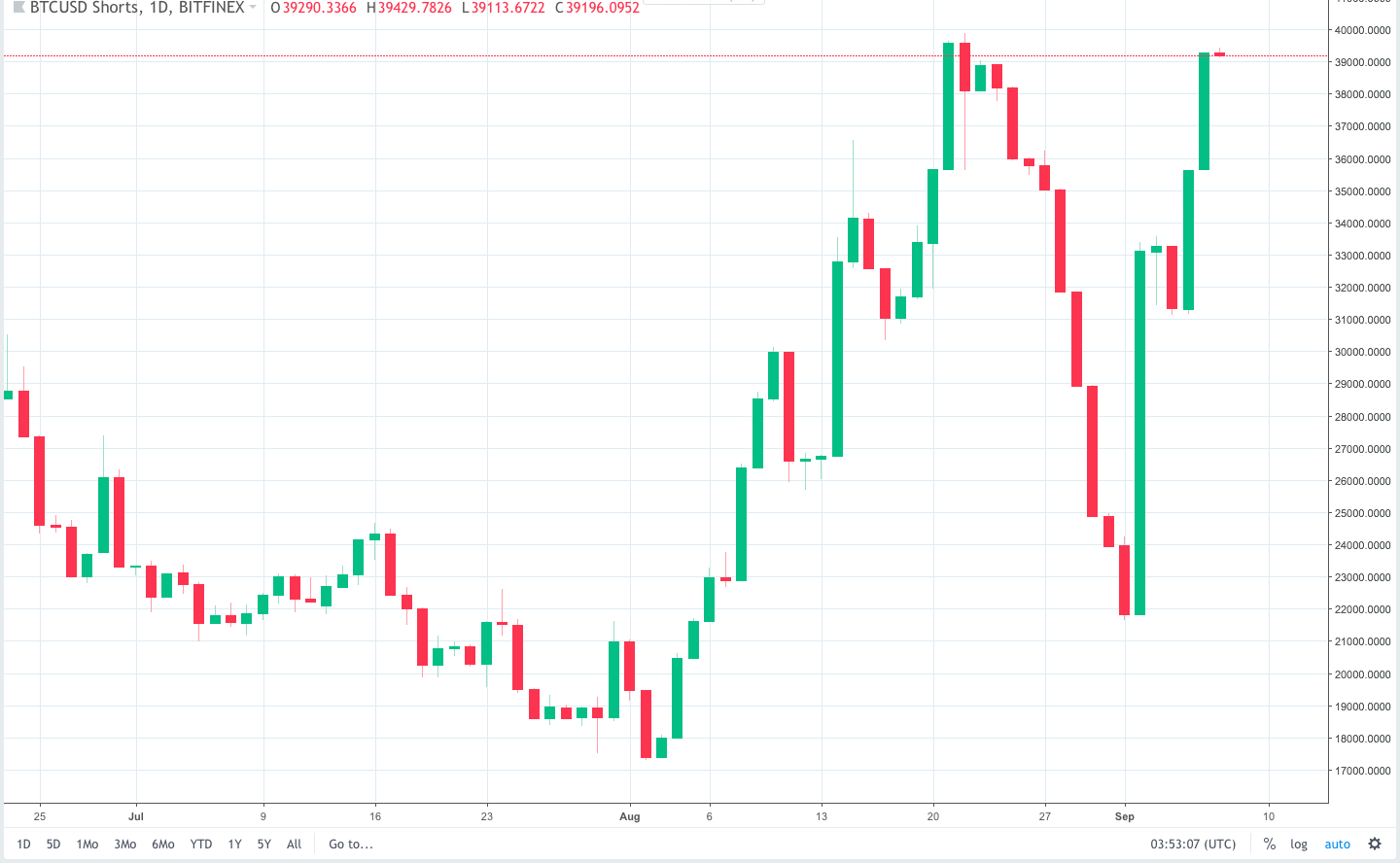 In the absence of market-moving news, BTC is likely to follow the pre-rally pattern of rejecting at the overhead moving averages on the 4-hour chart. Currently, the Stoch and RSI remain in oversold territory and investors should watch the weekly chart at the last higher low is $7,429.

Bitcoin has now given up 2.5 weeks worth of gains and is unlikely to close above $7,429, which makes the possibility of a bear break more likely than the inverse scenario.

[Disclaimer: The views expressed in this article are not intended as investment advice. Market data is provided by BITFINEX. The charts for analysis are provided by TradingView.]

Where do you think Bitcoin price will go this weekend? Let us know in the comments below!

The post Bitcoin Price Analysis: Picking Up the Pieces appeared first on Bitcoinist.com.

SEC: Bitcoin and Ether Are Not Securities