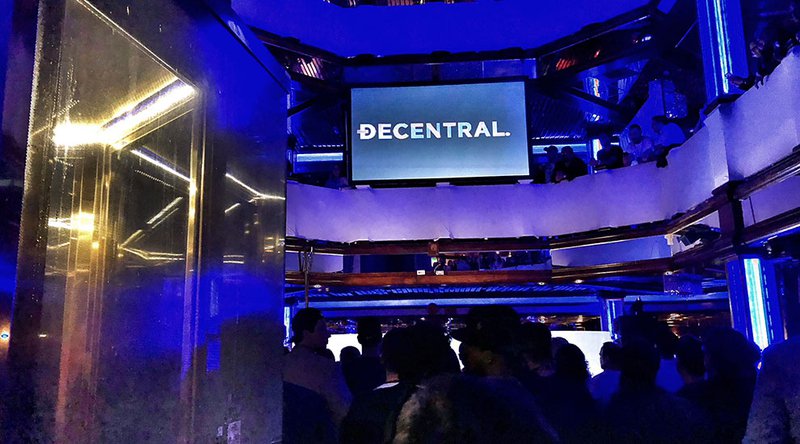 Canadian blockchain venture Decentral Inc. and its multi-currency digital wallet Jaxx announced the upcoming release of the new “Decentral Project,” along with some of its primary initiatives. At a lavish “United by Decentral” event held on the Cornucopia Majesty yacht, the company closed out Consensus 2018 in New York City with a series of presentations outlining their new initiatives.

In an animated video narrated by Decentral founder and CEO Anthony Di Iorio, the 2.0 version of its wallet — dubbed “Jaxx Liberty” — offers a gamified interface to assist newcomers in experiencing the blockchain arena. The redesigned Jaxx wallet will backend infrastructure to dozens of blockchains, while the module-based interface includes a portfolio, block explorers, markets, charts and graphs, and popular news sources.

Part of the interface will include a sort of “Wikipedia of decentralized tech,” which Jaxx has dubbed “Decentral Academy.” It will offer “a simplified means of explaining technologies, the projects, different coins and tokens in an objective, meaningful way.” According to the video, “projects will be explained in a non-biased fashion, terms will be defined and the masses will have a source for information in one place.”

“What Jaxx is creating is like the browser for the internet — a single place to discover and enable the blockchain journey,” Coinberry president Andrei Poliakov said to Bitcoin Magazine. “Coinberry [is] so excited to be an early exchange partner to help enable instant account setup and easy withdrawals for Canadian bitcoin and ether holders.”

Another consumer-engagement feature of Jaxx Liberty will include the Decentral Collector Cards: physical, unique, verifiable cards based on different communities in the blockchain space. They will be tied in with the platform’s gamification elements and sold in packs online to start.

The second announcement introduced Decentral Unity, the new loyalty system and coin for Jaxx Liberty and the entire Jaxx line of products. Among other uses, the Unity coin will reward users for engaging with the company’s numerous partners within the platform.

Jaxx’s incentive-based model is designed to instill confidence in its partners and encourage them to build on Jaxx Liberty. Decentral expects the project to garner as many as 10 million users per month.

“The old paradigm of unifying the world through centralization has failed,” said Justin Fisher, co-founder and CEO of VeriBlock, one of the Jaxx Liberty’s partner companies. “I believe that what Decentral is doing will ignite a revolution of empowerment and unity because they turn the old model inside out. This is a profound vision and we are excited to be a part of it.”

Here’s how the system will work. Users who engage with Decentral’s partners through the Jaxx Liberty interface will be rewarded with Unity tokens. The more they engage, the more chances they’ll have to level up and garner discounts on partner services. Users can also check their cryptocurrency balances through one streamlined portfolio and modify their interface pages with applications like avatars, charts, wallets and asset news.

Di Iorio told Bitcoin Magazine that Unity tokens are given to users as rewards for engagement with the Jaxx Liberty platform. There is no presale or token sale. They are intended to be used and have value within the platform itself.

According to a company statement, “The core objective of Decentral Project is to empower the ecosystem with unparalleled tools, enabling the masses to take control of their digital lives. We believe Jaxx Liberty is a crucial step in this journey, and we hope the platform — designed as an interactive game — will transform the way that everyday consumers interact with and secure their digital wealth. Jaxx Liberty will create wins for everyone. Our partners will have a broader network of engaged individuals, and the more users engage with our partners, the more Unity they can earn.”

The Jaxx Cube and Ice Cube

Finally, Decentral also announced its plan to release two new hardware pieces in the coming months: the Jaxx Cube and the Jaxx Ice Cube. According to Jaxx, the Cube is “your digital life in a box.” The console is designed as a complement to a home entertainment system.

“This design piece comes pre-loaded with nodes, empowering you to interact directly with a number of blockchains. With the Jaxx Cube, you’ll be able to push your own transactions and be part of the networks without having to rely on Jaxx for this.”

The Ice Cube is an offline cold storage wallet that looks like a miniature version of the Cube and will be made to work with the Cube or any other device that supports Jaxx. It is designed to be connection- and cable-free, and small enough to fit in a safe or safety deposit box.

“We’re building the decentralized world,” said Di Iorio, “all the while, doing it based on the unique guiding principles of not asking people for money, never holding or having access to customer funds and not requiring users to provide information about themselves.”

Founded in 2014, Decentral is headquartered in downtown Toronto. The company has hosted several blockchain community events over the last four years and has built several partner projects including Jaxx, which attracts over 750,000 monthly users from around the world.

Jaxx Liberty will officially launch on July 1, 2018, while the Jaxx Unity coin will be released over the following weeks.