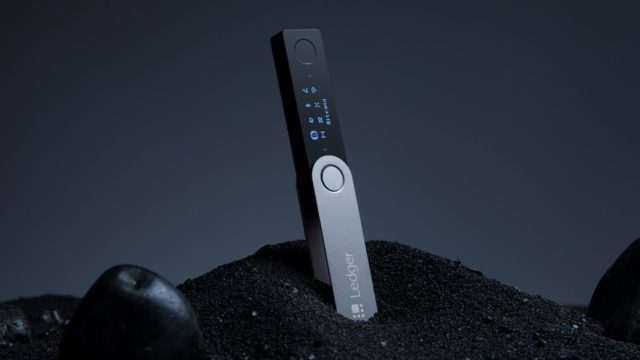 Popular cryptocurrency hardware wallet company Ledger has revealed its latest device – the Ledger Nano X. The new device’s most characteristic new capability is that it will enable users to use Bluetooth to connect their mobile devices via the new Ledge Live mobile app.

The popular manufacturer of cryptocurrency hardware wallets Ledger has revealed its latest product on Sunday at the CES conference – the Ledger Nano X.

The new device supports up to 100 cryptocurrencies, which is a notable increase compared to the Ledger Nano S. It also features a larger screen.

The most notable new feature, however, is the fact that users will be able to connect the wallet to mobile devices using the Ledger Live mobile app. The goal of the company is to increase mobility as hardware wallets typically connect over USB, which isn’t exactly mobile-friendly.

The Ledger Nano X costs $119 and it is already available for pre-order on the company’s official website. Shipping is set to start in March.

The Ledger Live app is already available for download for iOS, Windows, and Linux OS and it will be available for iOS and Android on January 28th.

The app will allow users to create new accounts or to import existing ones. It’s also supposed to make sending and receiving cryptocurrencies a lot easier while enabling users to monitor their portfolios from a single place.

The Ledger Nano X includes all of what you loved about your Nano S, but with new and improved major features. […] With its Bluetooth connectability and increased capacity, the Ledger Nano X provides an enhanced user experience while delivering the mobility and state-of-the-art security that customers expect from Ledger. It is exciting to be recognized by CES as the go-to leader for securing crypto assets.

Hardware wallets typically connect over USB. As such, adding Bluetooth to the Nano X could be considered a bit controversial because a wireless connection can increase the risk of unauthorized access.

According to the official website, however, the device offers top-notch security, isolating the user’s private keys inside a certified secure element (CC EAL 5+). This is the same chip used in credit cards and passports.

Additionally, the hardware-level PIN protections, as well as the limited range of connectivity via Bluetooth, should, in theory, mitigate the risks.

However, back in December, a research team published a presentation on how to hack cryptocurrency hardware wallets, including the Trezor One, Ledger Nano S, and Ledger Blue.

Immediately after that, Ledger came up with an official statement, refuting all reported vulnerabilities, and reassuring users that their “crypto assets are still secure on your Ledger device.”

What do you think of the Ledger Nano X and the new Bluetooth-enabled mobile connection? Don’t hesitate to let us know in the comments below!

The post New Ledger Nano X Can Pair With iPhone Via Bluetooth appeared first on Bitcoinist.com.

Bitcoin’s Liquid Sidechain is Being Adopted by Swiss Finance Industry