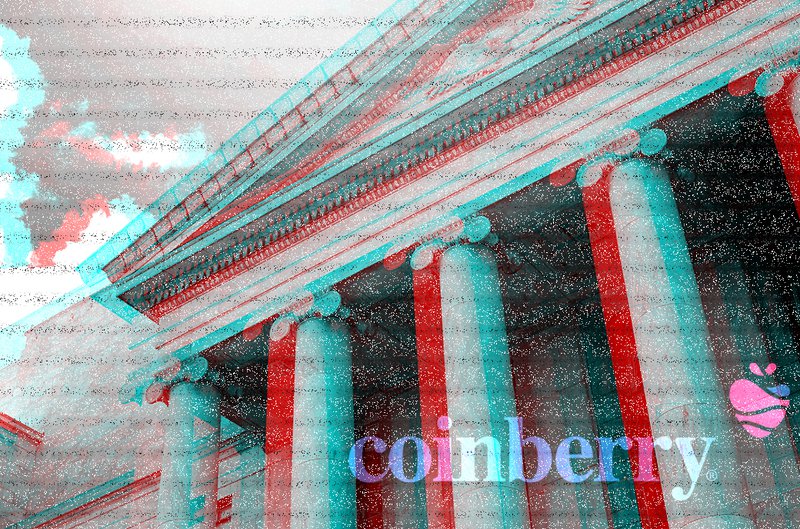 Andrei Poliakov is the CEO and co-founder of Coinberry, one of Canada’s premier digital currency platforms. His company is the first in Canada to partner with a government municipality.

I am an engineer by trade. Creating more efficient processes, products and eventually building businesses has been a passion of mine since I can remember. When I got involved with blockchain technology, I realized right away the potential benefits the application of this new technology could have on the financial industry.

And finally, it’s happening all around you. Right now, at this very moment. Most people miss it, but what we’re seeing in early 2019 is the birth of cryptocurrency mass adoption and it’s affecting governments in a positive way.

While a lot of people are asking themselves, “Is this really the next bull run?” or “Are we really going to see Facebook or ‘XYZ’ social network launch a cryptocurrency?” governments are starting to implement technology to facilitate cryptocurrency transactions today.

Real change is happening, at a governmental level, that will pave the way towards mass adoption.

The Wave Is Rising

In early March 2019, Coinberry provided the technology, infrastructure and implementation for the town of Innisfil, a government municipality in Canada, to start accepting tax payments in bitcoin.

This was a huge win for the industry.

While the municipality is small, the innovation from the government and the willingness for a government agency to accept cryptocurrency is a giant leap forward. It is the first government partnership of its kind in Canada.

While this partnership is just a start, it is one of the first changes that will unleash additional government adoption moving forward.

Other government municipalities have started asking us about the implementation, wanting to know more about how, why and what it would take to offer similar services to their residents.

Why are they now, all of a sudden, so interested in blockchain technology? What does this mean for governments moving forward? To get a clear picture of what’s coming, we’ve got to look at the underlying motivation of municipalities from a government funding perspective.

Regardless of where you stand on the issue of government spending, all governments need money to pay for things like roads, schools, police, fire, hospitals and the like. At present, most governments have very limited options when it comes to making this happen.

They can raise money by increasing taxes, issuing bonds or by printing more money. The latter option is only available to federal governments.

One additional option, that was not fully available until cryptocurrency arrived, is to cut transaction costs by using more efficient financial technology.

This last solution is the low-hanging fruit that governments, like Innisfil’s, are focused on and is a trend that is poised to spread quickly through small and large municipalities alike.

Governments are starting to realize that cryptocurrency provides a safe, easy way to reduce transaction costs. This is not a hypothetical scenario anymore: This is a reality. With relatively little effort, a municipality can have more funds without increasing taxes, issuing a bond or implementing budget cuts. This idea has led to an increase in the number of municipalities that are interested in cryptocurrency, both as a form of tax payment and, eventually, as a means to facilitate government transactions: think payroll, contractors and municipal investments.

Take bank fees as an example.

Our involvement with Innisfil began when the municipality approached us with a challenge. It was paying in the neighborhood of $5 million annually in bank fees when it came to processing payments and it wanted to reduce this cost.

Saving a percentage of transaction fees — in this case on an annual basis — could result in hundreds of thousands or even millions of dollars saved.

Imagine a 5 percent savings in transaction costs on the $5 million paid in fees annually. That’s $2.5 million in transaction costs saved over 10 years. While this isn’t necessarily a large number in and of itself, I wouldn’t dismiss it, especially when those savings can be obtained with minimal cost and effort.

Reducing transactions costs on tax payments alone, simply by utilizing a more efficient technology, frees up money that the government is able to regain without having to affect you, the citizen.

More governments will realize this and look to implement similar technology in their own regions. Which brings us to the next trend.

Take the tax example above. Let’s say that “Municipality A” collects $500 million in tax revenue. To put this in perspective, Toronto — one of the largest cities in the world — collects over $11 billion dollars per year on average through various revenue streams.

At the moment, if a municipality starts collecting 10 percent of the above $500 million in revenue in cryptocurrency — or $50 million in this case — it would need to immediately convert that to fiat currency. Why? Because some cryptocurrencies are securities and while the law varies depending on the region, most municipalities are not allowed to invest in securities at the moment and have very limited options when it comes to assets that they are allowed to invest in.

As such, the $50 million in cryptocurrency would need to be immediately converted to fiat currency.

But what happens if a government contractor, a construction company who has won the next bid to fix the local roads for $10 million, says, “If you pay in cryptocurrency, we’ll give you a 10 percent discount. We’ll all save on transaction costs and, to be honest, to do this job we need to purchase equipment overseas. We’d rather pay for that equipment in cryptocurrency and save on transaction fees along the way as well.”

That 10 percent discount could amount to an additional $1 million in the government’s coffers. Perhaps it could put that toward building that recreation center it’s been promising to build every time elections comes around.

Or what happens when municipal employees start asking for payment in cryptocurrency? Or governments realize that they can save transaction costs in other areas of operations?

As governments start to accumulate cryptocurrency via tax revenue, expect to see a slow build in pressure to shift municipal law toward allowing municipalities to hold and transact in cryptocurrency.

The third trend that we’re going to start seeing relates to raising money through bonds. If you’re a government and you need to raise money for a new street, for a new community center, to fix potholes or to pay for the police and fire department, you essentially have three primary ways to raise the necessary capital. Only two are applicable at the municipal level.

Option 1: You can reshape the allocation of current tax revenue (budget cuts) or increase taxes on property, business or individuals.

Option 2: You can print more money, driving inflation, lowering purchasing power and affecting economic growth. This is only an option at the federal level and does not apply to municipalities.

Option 3: You can sell bonds — promissory notes that allow companies and individuals to invest in your government. Government bonds typically come with both a very low rate of return but also come with a very low default risk.

While other, smaller options may be available, we’ll stick to these primary methods for now.

It’s no secret that all governments need money. Everyone is running on deficit, using money allocations from federal, state or provincial governments. Raising capital through bond issuance via cryptocurrency is going to be the next immediate trend that governments start to leverage.

With government bond tokenization, many benefits start to unfold that allow for a more efficient marketplace. In the very near future, within 12 months or so, I would expect to see government bond issuance via cryptocurrency.

It Comes Down to Ease

No one is going to deny that blockchains and cryptocurrencies are difficult concepts to grasp. They’re quite complex in general, and the technology and development are conducted by experts in the field.

But just as you don’t need to understand how H.264 encoding works to watch the latest high-definition movie trailer on YouTube, understanding the intricacies of blockchain technologies is not necessary for leveraging the applications that run on them. Ultimately, it all comes down to ease of use.

In summary, expect to see more governments adopting blockchain technology to reduce costs, municipal laws to shift favorably toward cryptocurrencies and for governments to start looking at raising capital on blockchains. We’re already seeing larger municipalities like Richmond Hill explore the possibility of using cryptocurrency for tax remittance as well.

It’s happening all around you. Right now, at this very moment. The wave is rising and the birth of mass adoption is happening.

This is a guest post by Andrei Poliakov, CEO and co-founder of Coinberry. Opinions expressed are entirely his own and do not necessarily reflect those of BTC Inc or Bitcoin Magazine.

Major Exchange CEO: Despite Correction, Demand For Bitcoin Has Not Declined