Tutellus is by far the biggest online educational collaborative platform in the Spanish-speaking world. In operation since May 2013, it currently boasts more than 1 million users in 160 countries. It now seeks to harness to power of blockchain-based technology to disrupt the online education industry as we know it. The project is currently in the process of a pre-sale and it will launch the official token sale on June 12th, 2018.

As unfortunate as it may sound, education has failed to keep up with the pace of innovation, seeing hardly any measurable improvements in recent years. Tutellus, a Spanish company occupying the field of online education, identifies a few incremental issues currently riddling this field:

The thing that each and every one has to be concerned with, though, is that these issues are falling upon all of us. They are tightly connected with all areas of expertise and life and, as such, require immediate remedy.

Tutellus is a company which has already started to pave the way for an unprecedented paradigm shift. The Spanish company has introduced an EdTech platform back in May 2013 and it currently harbors more than 1 million users from 160 different countries. It has more than 130,000 video courses and is currently occupying the leading spots in the field of online education.

Yet, with eyes set strongly on the future and what it holds for us, Tutellus doesn’t intend to stop here. The company has recently announced its plans to integrate blockchain-based technology within its platform, solving the aforementioned issues and disrupting the field of online education as we know it.

In the words of Miguel Caballero, Tutellus’ CEO:

We aim to break the status quo, introducing a new paradigm in the age-old student-teacher relationship with the creation of a new decentralized system to strengthen the commitment of the community.

Through the implementation of blockchain-based technology, Tutellus attempts to create a native ecosystem which tackles the aforementioned issues, providing actionable solutions. Bringing forth Proof of Learning and Proof of Teaching protocols, it’s an ecosystem which benefits both teachers, students, and outside third parties in a particularly effective way. The project intends to handle the age-old issues of education by:

In order to achieve all of the above, Tutellus attempts to introduce two types of tokens, fueling the functionality of the ecosystem.

The project shall introduce two different types of tokens in order to catalyze the positive change brought by the ecosystem. TUT is the first token – it’s the one which will serve as the native currency of the platform. It can also be used for interaction with other currencies and platforms.

Smart TUT, or STUT, as it is formally ticked, is the second type of tokens that the project shall issue. It won’t be tradable directly in fiat currency. However, it will be granted as means of reward to users who bring educational value. It will also be used as a measure of the quality of each user’s participation in the platform.

Furthermore, the project will bring forward an additional reward system which is going to provide a lot of additional benefits for those who hold high amounts of STUT tokens. 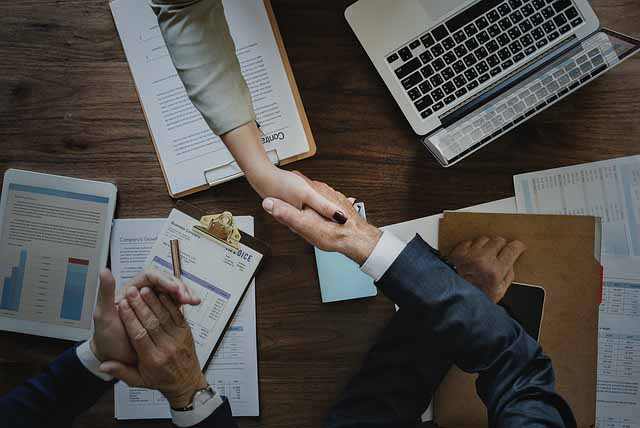 Don’t Miss Out on the Opportunity!

Let’s not forget that online education is, and will always be, a very lucrative investment opportunity. It was valued at $165 billion in 2016. Tutellus attempts to disrupt the field through its innovative solutions and you now have the chance to participate.

Partnering up with Cryptonomos, Tutellus is currently having its pre-sale of TUT tokens. It will last until June 12th, 2018 and you have a limited amount of time to purchase TUT tokens with 20% discount. There is a minimum purchase amount for the pre-sale set to 1 ETH.

The official public sale is set to begin on June 12th, 2018 and it will last until July 12th. During this time, participants will be able to purchase TUT tokens with ETH, BTC, XEM, LTC, BCH, ZCASH, or DASH. It’s also worth noting that if you want to invest 100 ETH or more, your purchase order will be handled individually with special discounts being allocated. The minimum contribution is set to 0.05 ETH.

XRP is Not Being Used By Banks, Ripple Exec Says