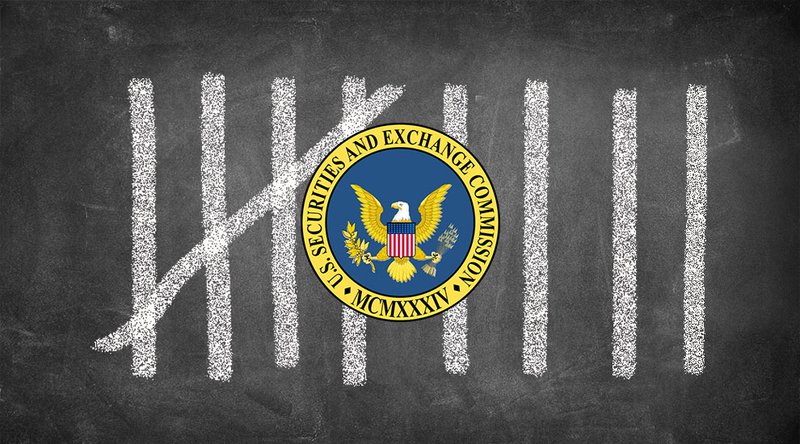 Unlike past ETF filings, these funds intended to base their data on the bitcoin futures market, not the spot market. Given that the CBOE and CME offer these futures in a regulated trading environment, this structure would seemingly address the SEC’s biggest reservation for approving a bitcoin ETF; namely, that the underlying market is unregulated.

Still, these recent rejections take from the same script as those past. The bitcoin market, the SEC claims, is too loosely structured and lacks protections against fraud and manipulation to merit an exchange traded fund or product.

Further rationalizing its decision, the SEC claims that none of the filings offered “evidence to demonstrate that bitcoin futures markets are ‘markets of significant size.’” Market size, the SEC argues, is imperative for establishing “surveillance-sharing with a regulated market… to satisfy the statutory requirement that the Exchange’s rules be designed to prevent fraudulent and manipulative acts and practices,” an argument they’ve issued in previous bitcoin ETF rejection orders.

The slew of rejections is unsurprising given the SEC’s track record with similar proposals.

Bitcoin ETF rejections are becoming par for the course, as just last month, the SEC shuttered hopes for the Winklevosses’ second attempt at an ETF, the first attempt coming in March 2017.

Unlike the Winklevoss ETF, which would have based its prices on the bitcoin spot market writ large, these funds were proposing to base their prices on the bitcoin futures markets as provided by the CBOE and CME stock exchanges. As before, though, the SEC still finds that these markets aren’t mature enough to justify an exchange traded product.

The SEC reinforced this belief by quoting a letter it received from the CBOE Futures Exchange President and COO.

“… ‘the current bitcoin futures trading volumes on Cboe Futures Exchange and CME may not currently be sufficient to support ETPs seeking 100% long or short exposure to bitcoin,’” the excerpt reads.

“These statements reinforce the Commission’s conclusion that there is insufficient evidence to determine that the CME and CFE bitcoin futures markets are markets of significant size,” the SEC continued.

With its decision, the SEC reinforced that its “disapproval does not rest on an evaluation of whether bitcoin, or blockchain technology more generally, has utility or value as an innovation or an investment,” an argument it has made before.

Hester Peirce, an SEC commissioner appointed this January, however, believes that the SEC’s past decision tacitly makes this judgement call on behalf of American investors. In a recent interview with Bitcoin Magazine, she said that the Winklevoss ETF rejection was “not a great precedent,” arguing that it puts the SEC into a gatekeeper role for what is and isn’t a legitimate asset.

“It plays into a bit of a thread in securities regulations — at the federal and at the state level — which is that there’s an inclination among regulators to almost step into the shoes of the investor and say whether or not the investor should be making that particular decision, based on our assessment of the actual product — in this case, the actual asset. So yes, that is a disturbing precedent, because I can’t make assessments about those things.”

By the end of September, the SEC will issue orders on another round of ETFs after delaying its decision earlier this month.

New ECB Boss is “Extremely” Pro-Crypto; What Could This Mean for Bitcoin?